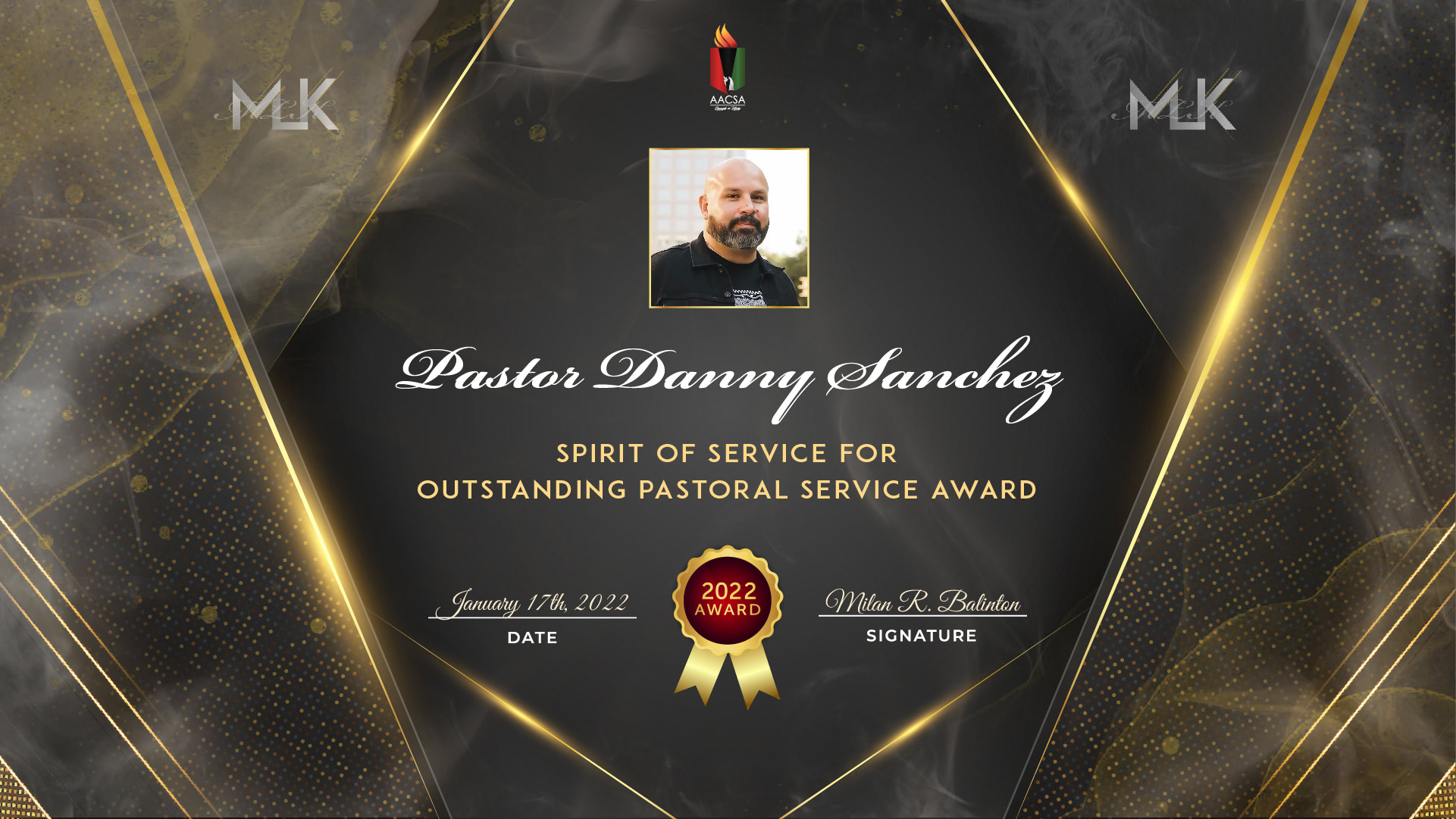 The Spirit of Service for Outstanding Pastoral Service Award recognizes an individual who provides pastoral service that evokes leadership, inspiration, and commitment to the ministries in one’s community. Your dedication, diligent efforts, and administration of PACT and in our Santa Clara County community. The attached letter has the full details for your review. We have also sent you a hard copy in the mail for your records.

On behalf of the African American Community Service Agency (AACSA) and the 42nd Annual Dr. Martin Luther King, Jr. Luncheon committee, I’d like to congratulate you on being selected as the 2022 Spirit of Service for Outstanding Pastoral Service Award recipient!

Danny Sanchez is the author of Post Traumatic Quest, a memoir of his quest to transcend trauma, turn his pain into purpose and find peace.

He is a highly recognized social entrepreneur and leader in youth violence prevention and redirection. He has been featured in notable media outlets such as Forbes Magazine and The Huffington Post.

Danny is a sought-after speaker in his field. His insights around youth violence and trauma have been presented at billion-dollar companies such as LinkedIn, Facebook, and Google.

His service to the community received numerous awards, including “Champion of Change” by President Barack Obama and “Movers of Mountains” by The Dr. Martin Luther King Jr., Association of Santa Clara Valley. His social justice efforts led him to work with government agencies such as the U.S. Department of Justice and the Ministry of Innovation, Science, and Technology of Jalisco Mexico.

Pastor Danny is a San Jose, California native with deep roots in the local community. He created the volunteer crisis response chaplaincy program in Silicon Valley and is the Founder of The City Peace Project non-profit organization and the owner of Post Traumatic Quest LLC, all where he works as a passionate advocate for students and schools through his coaching, mentoring, and conflict resolution.

He and his wife, Abigail, are blessed with a blended family, which includes three adult children and two little ones. Danny enjoys skateboarding in his free time. 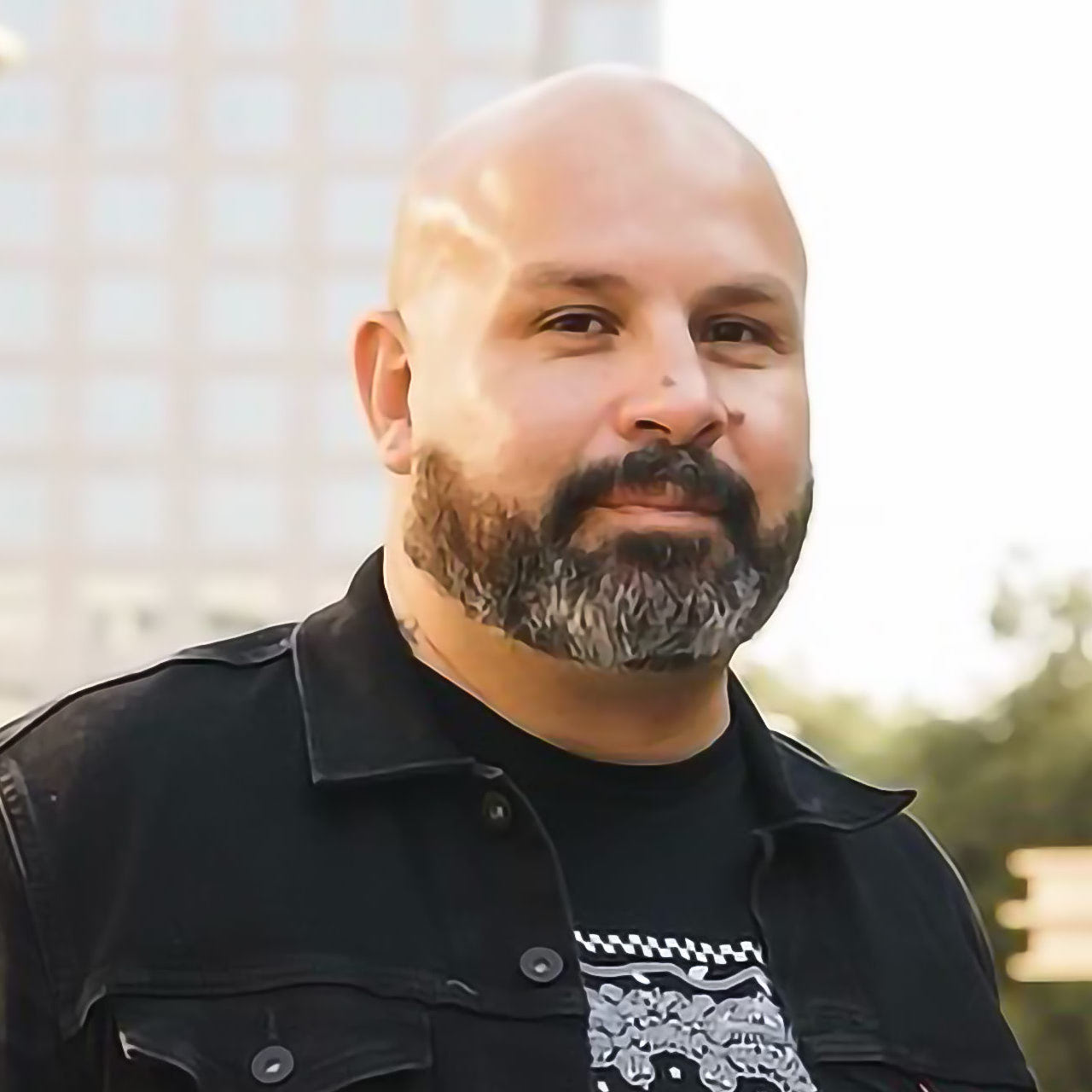 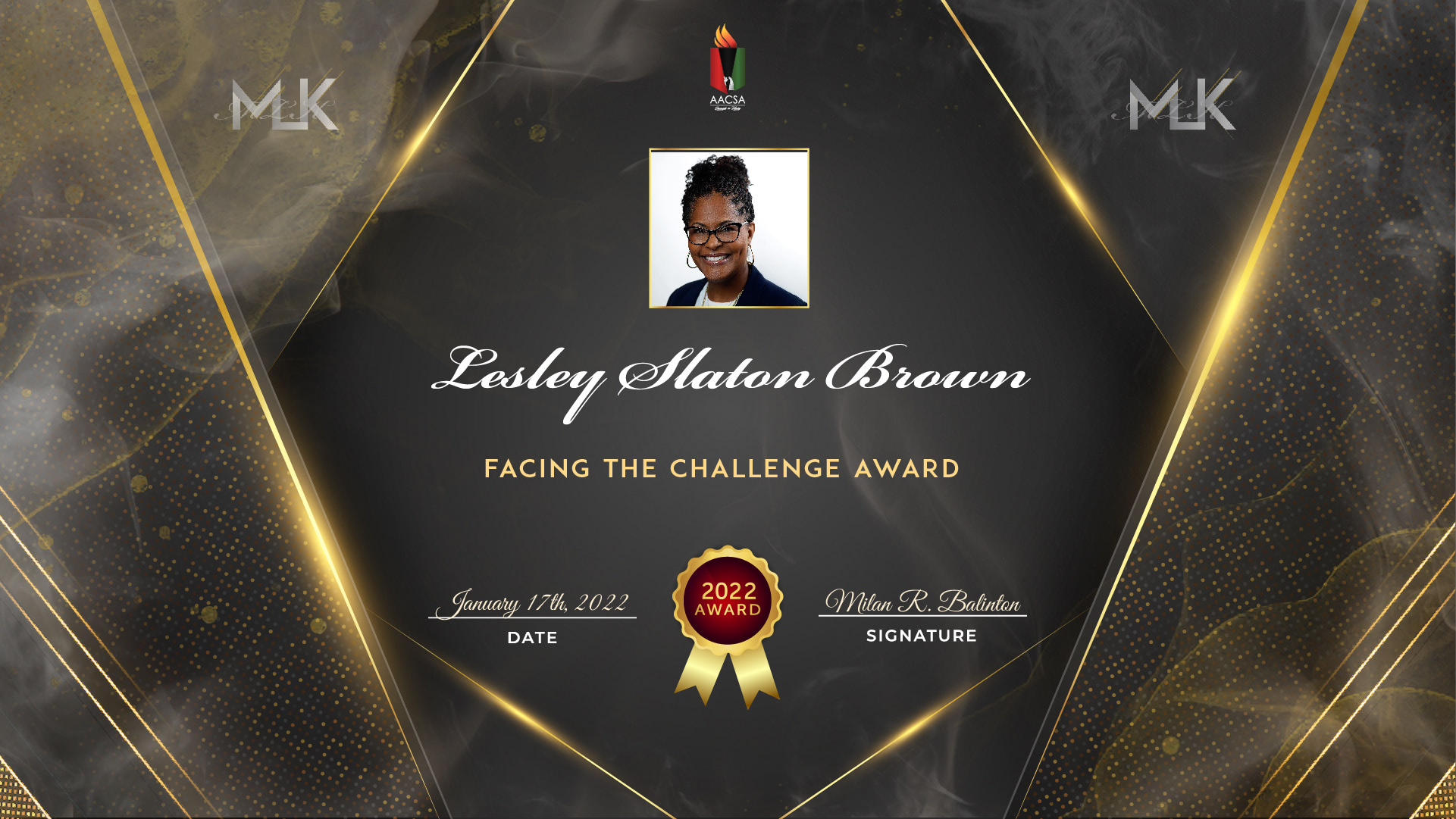 The Facing the Challenge Award is given to an advocate for the development of organizations that provide services to better our community. Your commitment and diligent efforts to the Silicon Valley are testaments to you receiving this most worthy honor. The attached letter has the full details for your review. We have also sent you a hard copy in the mail for your records.

On behalf of the African American Community Service Agency (AACSA) and the 42nd Annual Dr. Martin Luther King, Jr. Luncheon committee, I’d like to congratulate you on being selected as the 2022 Facing the Challenge Award recipient!

Lesley Slaton Brown has over 20 years of experience in the technology industry.  Lesley has a unique ability to inspire and drive senior leaders to embed diversity, equity, and inclusion strategies across organizations and demonstrate impact from the boardroom to the business.

Lesley strongly believes “the time for talk is over, the time for action is now”.  She operates with a growth mindset, is a problem solver and builder and disarms leaders to have the difficult conversations around DEI and racial equality and social justice.  She has led key efforts to address the digital divide and build sustainable enterprise in Senegal, West Africa and is passionate about social impact and humanity.

Lesley served as the Principal Investigator for the National Action Council for Minorities in Engineering (NACME) Computing Project and is Co-founder of Curated Pathways to Innovation (CPI), a collective impact solution focused on broadening participation and access for minorities and women in STEM education and careers. In addition, Lesley serves as a Board Advisor to Black ComputeHER.

Lesley was recently named to the Most Powerful Women in Corporate Diversity list by Black Enterprise, Business Insider’s Diversity Officers “Changing the Country”, and has earned numerous industry accolades from Woman of the Year in Technology by Girls in Tech, Savoy Magazine’s Top Influential Woman in Corporate America and has served as Commencement speaker for University of California – Merced’s School of Engineering and Sciences, where she currently serves on the Board of Trustees and Chair of the Nominations Committee. 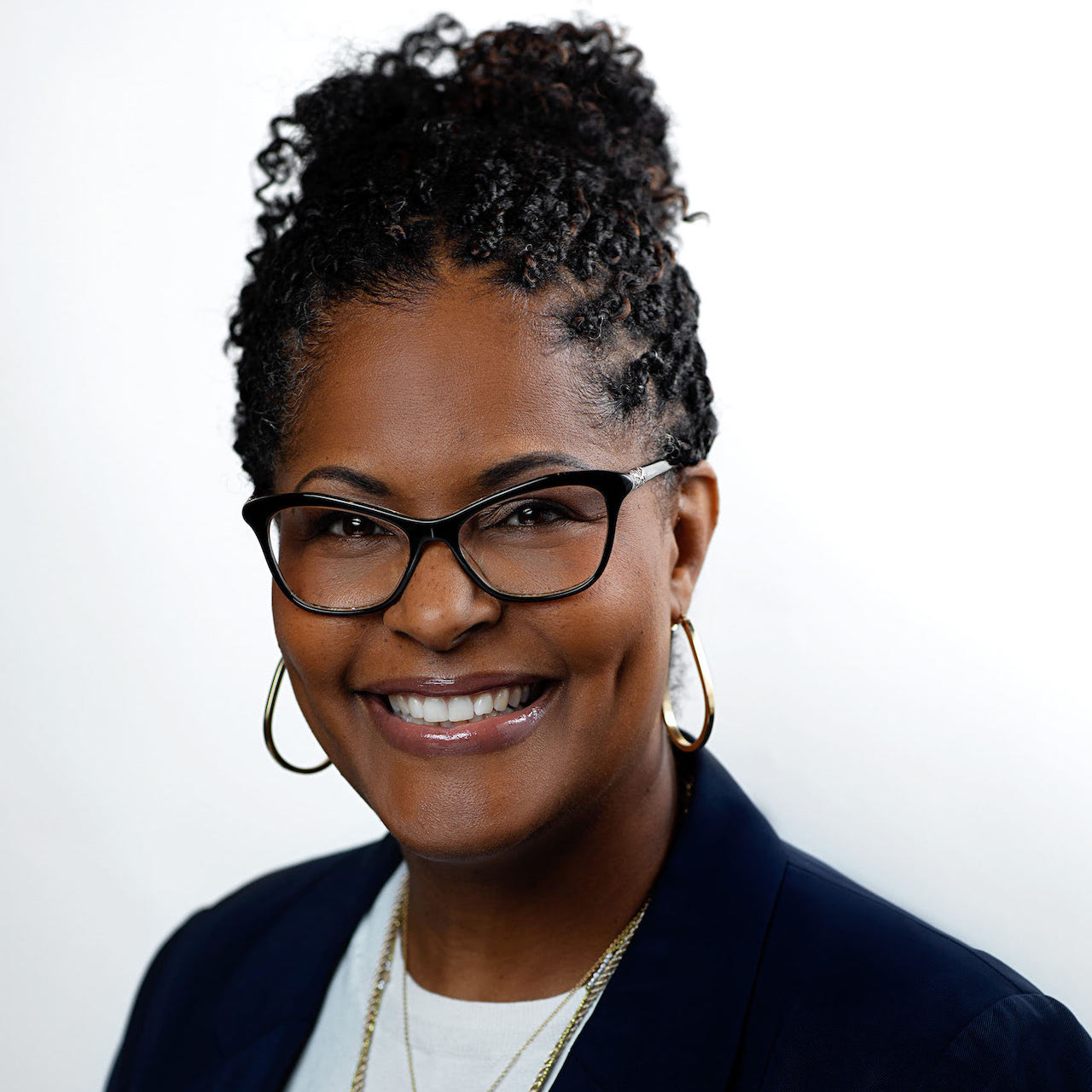 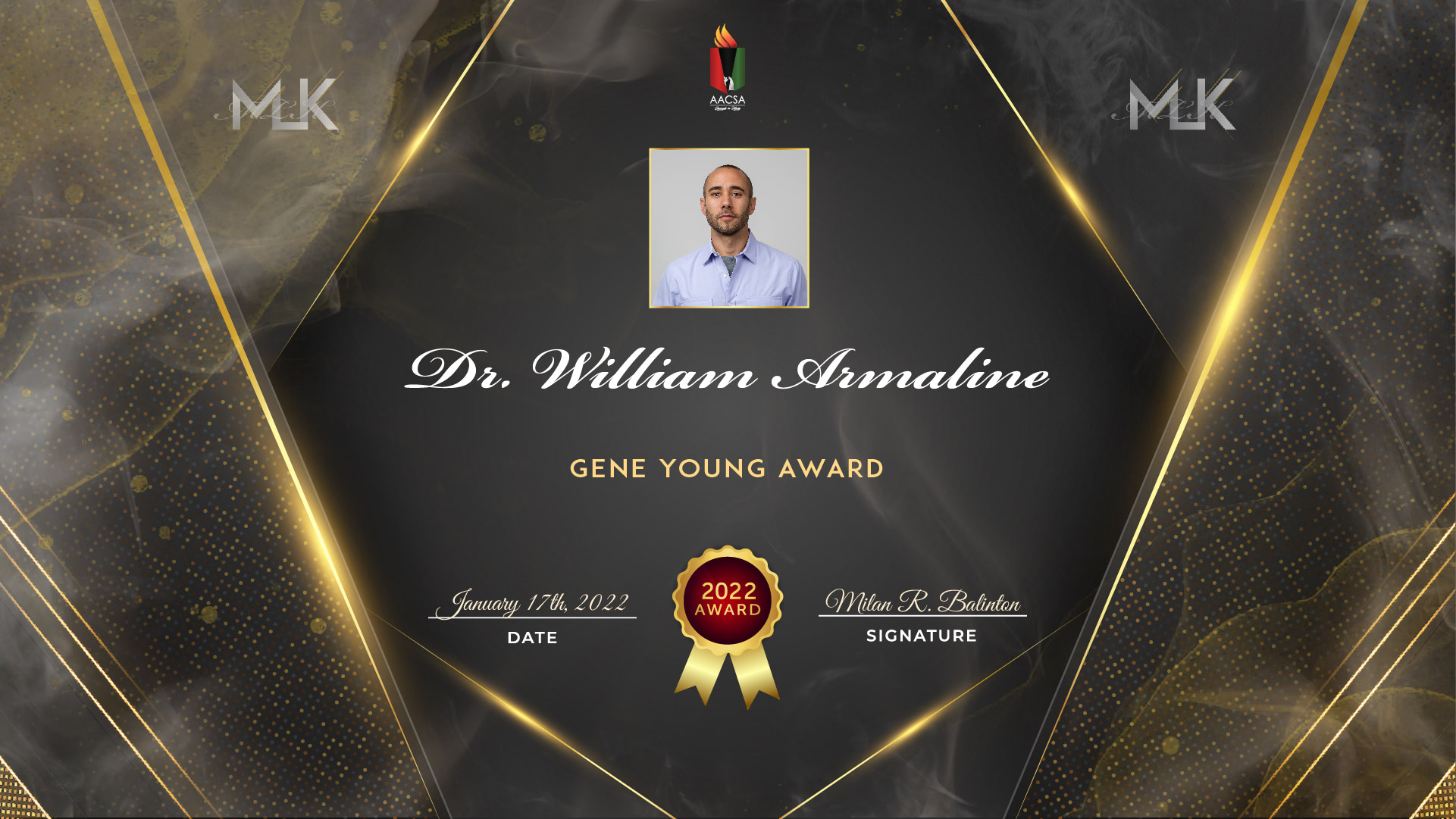 The Gene Young Award recognizes an individual or group who is a community based unsung hero.  One that goes beyond community service but isn’t necessarily in the same circle as the typical community service groups. Your commitment and diligent efforts to the Silicon Valley are a testament to you receiving this most worthy honor.

On behalf of the African American Community Service Agency (AACSA) and the 42nd Annual Dr. Martin Luther King, Jr. Luncheon committee, I’d like to congratulate you on being selected as the 2021 Gene Young Award recipient!

William Armaline is the founder of the Human Rights Minor Program, Director of the Human Rights Institute, and an Associate Professor in the Department of Sociology and Interdisciplinary Social Sciences [SISS] at San José State University. His formal training and professional experience spans sociology, education, and human rights. Dr. Armaline’s interests, applied work, and scholarly publications address social problems as they relate to political economy, environmental sustainability, human rights, racism and anti-racist action, critical pedagogy and transformative education, inequality and youth, mass incarceration, and drug policy reform. Please follow him and all things Human Rights at SJSU on the HRI website (www.sjsu.edu/hri) and on Twitter (@SJSUHumanRights). 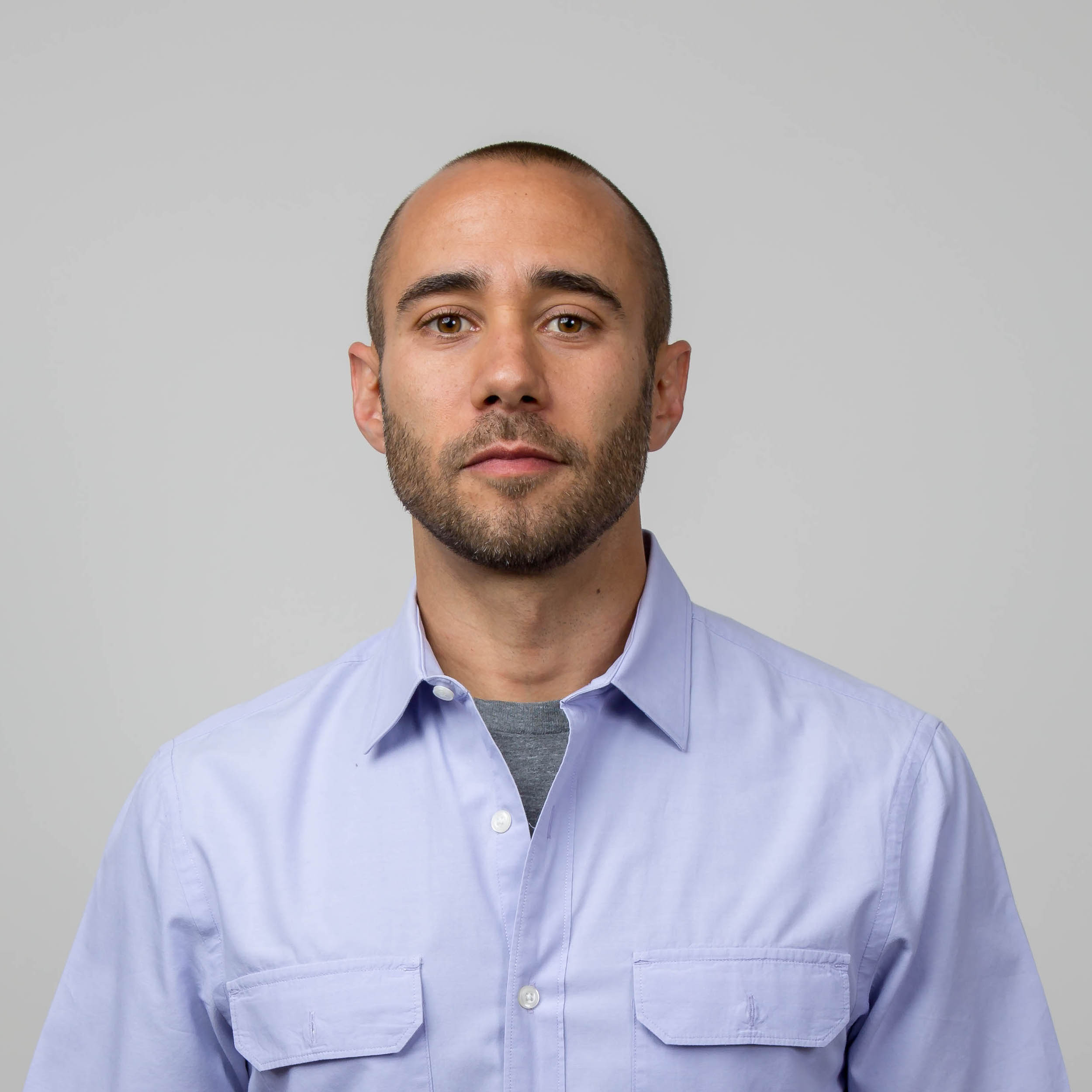 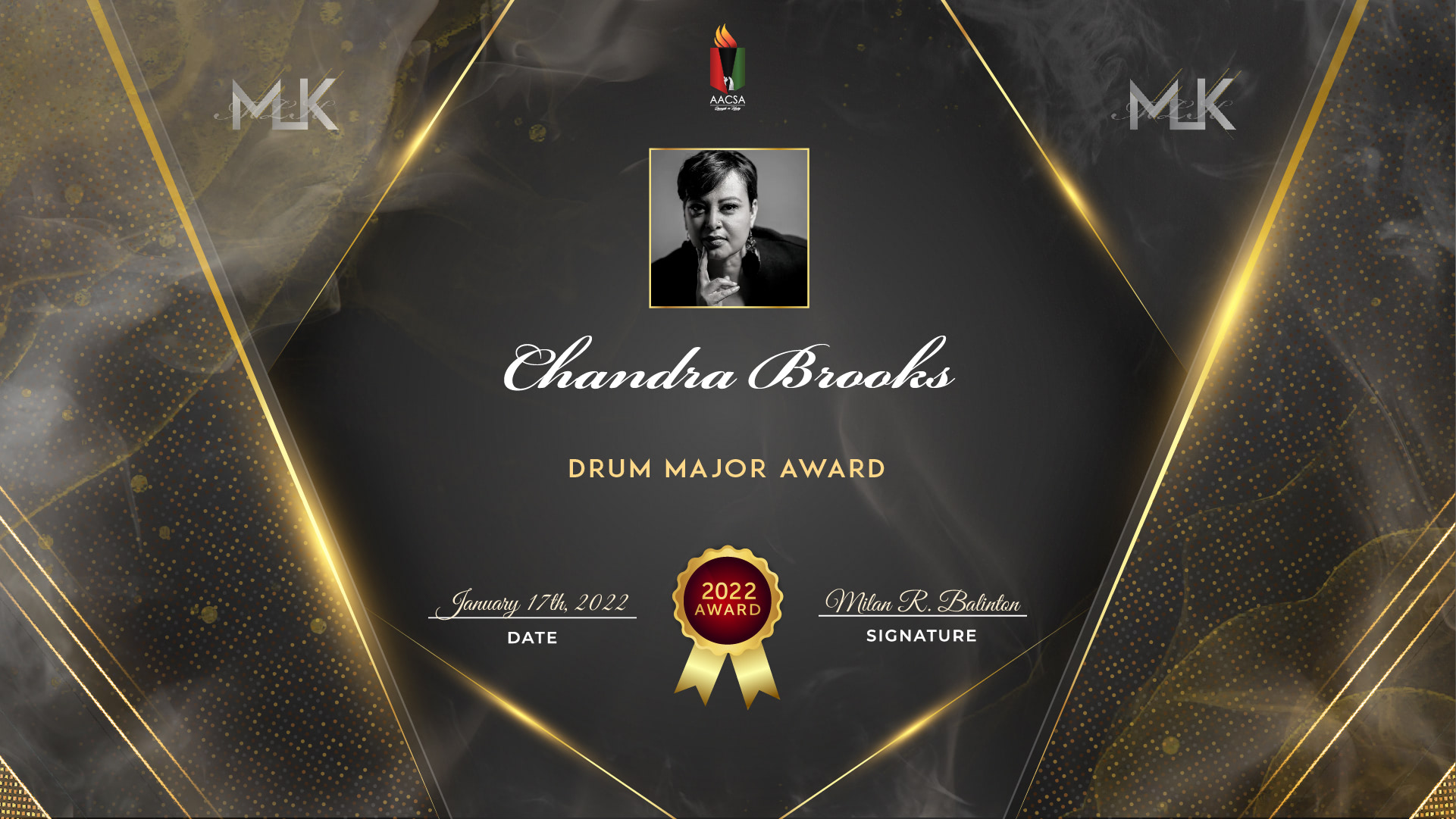 The Drum Major Award recognizes individuals who exemplify leadership that promotes change in one's community.  Your commitment and diligent efforts to the Silicon Valley are a testament to you receiving this most worthy honor.

On behalf of the African American Community Service Agency (AACSA) and the 42nd Annual Dr. Martin Luther King, Jr. Luncheon committee, I’d like to congratulate you on being selected as the 2022 Drum Major Award recipient!

With an everlasting passion for community, civil rights, social justice, and civic engagement, she attended and graduated from Emerge California's Political Training Program forDemocratic Women and earned her Bachelor's Degree in Business Management. Since these achievements, she has been tireless in her mission of empowering women and communities of color and has held various roles that have guided and inspired others in discovering their own potential to make huge impacts in the world. One of these positions took place with the National Association for the Advancement of Colored People where she served as a VicePresident. This was then followed by her service as the Vice-Chair to Santa Clara County’s Commission on the Status of Women and Girls and served as a Delegate for the California State Assembly, District 27. During these roles, she took part in multiple initiatives, aiming to enhance civic engagements among women and communities of color.

Inspired by her civic and social experiences, Chandra founded her companies, formerly “The SocialPrenuer” now Chandra Brooks International, LLC., focused on the coaching and consulting of entrepreneurs, and the Powerhouse Academy™, an online school dedicated to empowering women as they realize their strength, develop their ambitions and start their pursuit of more fulfilling business opportunities, lifestyle choices, and community improvements. While doing so, Chandra has been recognized for her work and has been named one of the Most Influential Women in Silicon Valley, which was given to her by theSilicon Valley Business Journal. Along with this, the 100 Black Women of Silicon Valley named her one of their Women of the Year in Advocacy. New York Life also made her the recipient of The Latina with Vision Award, before she then earned The Leadership Award from The League of United Latin American Citizens in 2017, and lastly in 2020 Received The Leadership in Business Award from The California State Assembly. 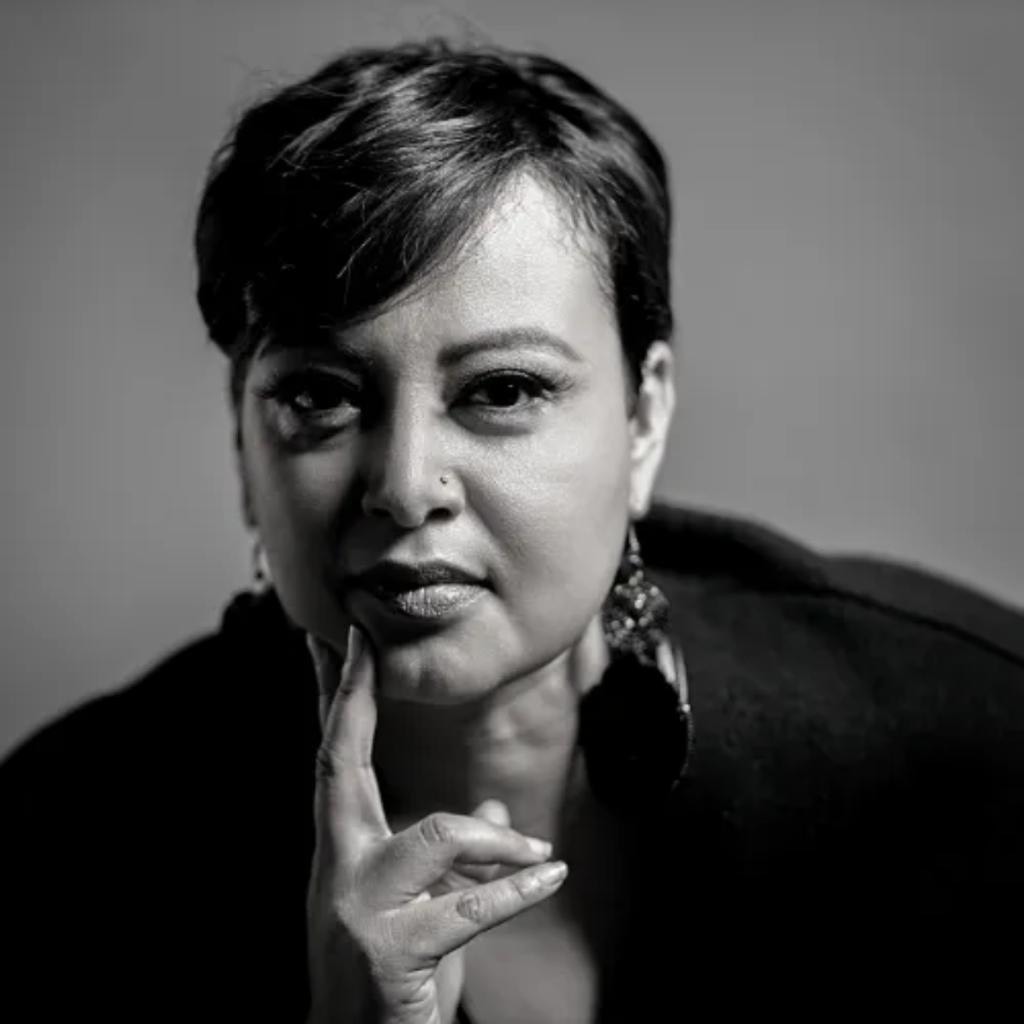 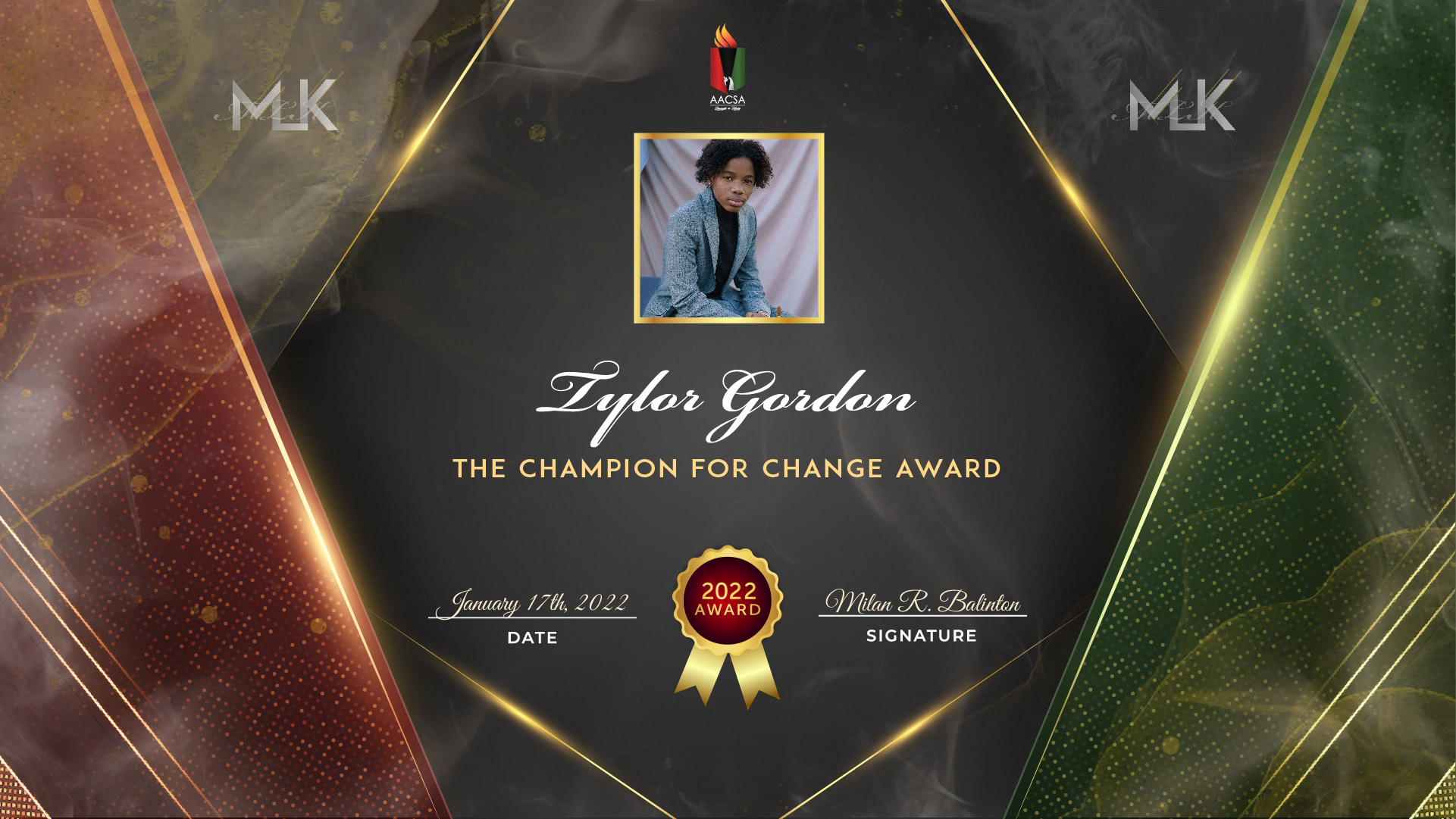 The Champion for Change Award

On behalf of the African American Community Service Agency (AACSA) and the 42nd Annual Dr. Martin Luther King, Jr. Luncheon committee, I’d like to congratulate you on being selected as the The Champion for Change Award recipient!

His beginning was simple, a young kid with a school project that needed to bedone. Tyler’s mom wanted him to pick something easy to execute but he beggedher relentlessly to allow him to paint until she gave in and purchased the simpleart products that would change his life. That was a mere 5 years ago, and not onlydid he win that contest, but today Tyler’s artwork has taken the world by stormhaving painted and gifted many of today’s hottest celebrities and influencerssince his humble beginnings including Janet Jackson, Jennifer Lopez, Missy Elliotand Kevin Hart to name a select few.

Not one to be confused as an overnight sensation, Tyler has worked hard hisentire young life throughout the struggles and disparities that have plagued him.It was at the age of five that it was discovered that he was born deaf. After a lifealtering surgery a year later helped him to gain some of his hearing and allowedhim to learn how to speak, he was left with a severe stutter that many of his peersused as ammunition to taunt and bully him. Later Tyler found himself facinganother setback as he was left wheelchair bound for two years due to a vitamindeficiency.

But Tyler never let those circumstances define him and today he is a bonafide,artistic prodigy with his work being seen on a litany of outlets and platformsincluding the Today Show, Good Morning America, MSNBC, USA Today, CBSNightly News, Essence Magazine, Steve Harvey’s Little Big Shots and much more.Recently Tyler became a media phenom after he painted a photo of VicePresident-elect Kamala Harris that quickly went viral being retweeted by a hostof influencers including Chelsea Clinton and eventually resulting in VP Harriscalling Tyler to personally thank him for creating the portrait in her honor (Viewhere and here). Tyler’s star also rose higher having been named a runner up inTIME Magazine’s Kid of the Year awards, while also painting the cover photo forthe publication’s Athlete of the Year issue featuring Lebron James.

Today, Tyler’s work has been featured in a host of galleries including being ondisplay in Beverly Hills, California as part of the “Heirs To The Throne” art galleryexhibit presented by The Lost Warhols Museum as well as his outdoor art galleryexhibition in Tribeca, New York which was a media and consumer success. Hehas recently executed national campaigns with the likes of Crayola, Nickelodeon,Michaels, Disney, Nike, T-Mobile, and Foot Locker to name a select few while alsocontributing to the inauguration of President Joe Biden through his art.

In September 2021, Tyler released his first book, “We Can: Portraits of Powers”FSG/MacMillan to great fanfare and accolades, landing on several bestsellers listsand garnering rave reviews. 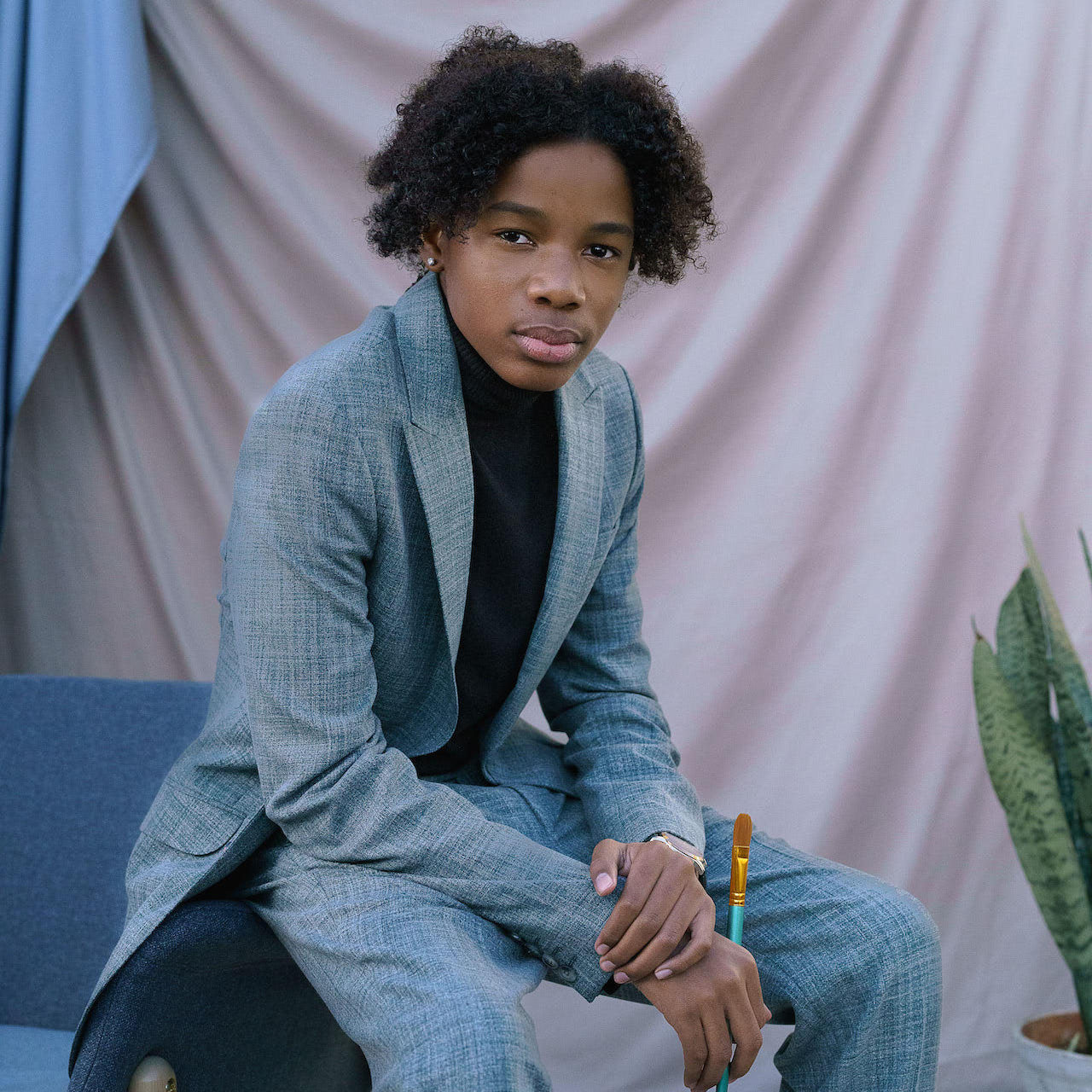 The African American Community Service Agency (AACSA) is accepting nominations for the following awards that will be presented at the 41st Annual Dr. Martin Luther King, Jr. Luncheon on Monday, January 18, 2021, on virtual platform Zoom, from 12:00 noon - 2:00 pm.

The Drum Major Award is an award given to an individual who exemplifies leadership that promotes change in one’s community.

The Facing the Challenge Award

The Facing the Challenge Award is given to an advocate for the development of organizations that provide services to better our community.

The Spirit of Service for Outstanding Pastoral Service Award is an award given to an individual who provides pastoral service that evokes leadership, inspiration, and commitment to the ministries of one’s community.